Today I will teach you about Hells Angels and Hunchly and how one of these two is useful when looking into the other.

In the past year, I have worked two cases in which I stumbled upon links to Hells Angels while investigating individuals. I was surprised how much information people affiliated with this group shared publically on Facebook and other social media sites. Whether they were just supporters or full members, it became quite clear that they did not care about data privacy. Most profiles had open friend lists, some of them displaying thousands of friends. Hells Angels affiliates are not hard to find. You will likely stumble across one of the following acronyms and/or terms on their profiles: AFFA (Angels forever, forever angels), HAMC (Hells Angels Motorcycle Club), Support 81 (8 = H, 1 = A), SYL81 (Support your local Hells Angels), Eightyone.

There are a couple more, but this article is not about the Hells Angels per se. Since these individuals have so much open information on Facebook, their profiles are the perfect playground to try out Michael Bazzel’s Facebook tool on IntelTechniques.

I had just finished working on the first case and subsequently erased all the data linked to that case, when a second case soon revealed links to Hells Angels as well. If only I had saved some data from my first case. I roughly knew where I could start off, but most of this knowledge came off the top of my head and was sketchy. Before I started the second investigation, I made sure I wouldn’t make the same mistake again and decided to use Hunchly to save my findings. That way, if a third case with the same links should ever occur, I will have a great starting point. For those of you who do not know, Hunchly is a web capture tool. It automatically collects and documents every web page you visit. The best part is that it indexes everything, so you can search within the data afterwards. Using this amazing tool allowed me to create a fully searchable Hells Angels database!

First off, I created a new casefile and then let Hunchly collect Facebook friends lists of people affiliated with my target or any Hells Angels in the area my target originated from. As some of the profiles had thousands of friends, I used a little Chrome extension (Simple Auto Scroll) to automatically scroll down friends lists, so they would be captured in whole. Whenever I looked at profiles and found information that could not be automatically indexed, I would take notes in Hunchly or tag (caption) pictures. I have learned that a lot of intelligence can be obtained by closely looking at pictures on social media. In the following example, one Hells Angels member had obscured the tags on his vest. Based on the information in his profile, it became clear that he must belong to the Aarhus chapter in Denmark. I tagged this picture, meaning it would pop up if I ever searched for “Aarhus” in Hunchly. 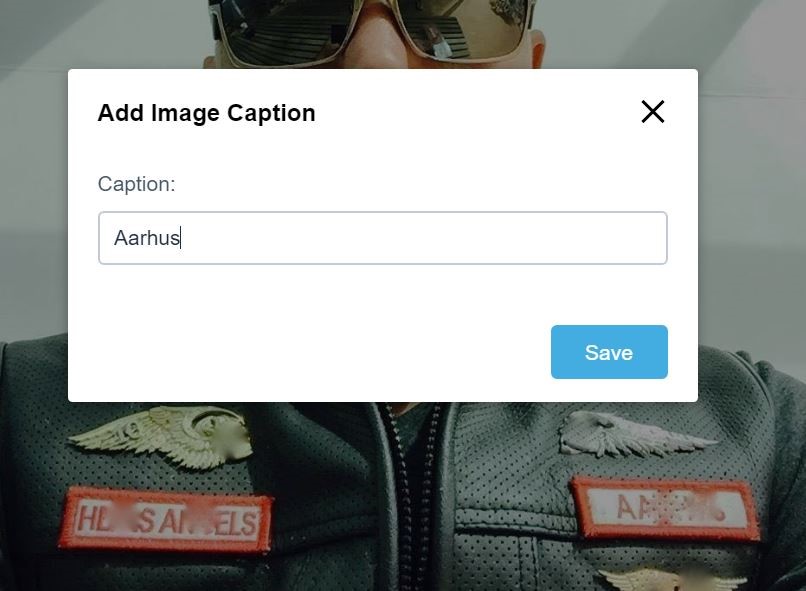 I ended up tagging all pictures that included chapter names, functions, nicknames or general indications on the location. If I am interested in finding the security chiefs and weapons masters, all I have to do now is search for “Sergeant at Arms” or known abbreviations. Looking for “arms” gives me several results in Hunchly.

The first two are displayed because I manually tagged these pictures and added a caption. The third result is from a webpage that Hunchly captured, in which the person actually listed “SGT At Arms” as his current occupation. Hunchly also allows you to refine searches. I can narrow these results down and, for example, only search for Sergeants at Arms in a specific chapter. Searching for “arms + sacramento” only reveals one result, which I had captioned with the information I saw in the picture. As you see, the picture is actually mirrored. 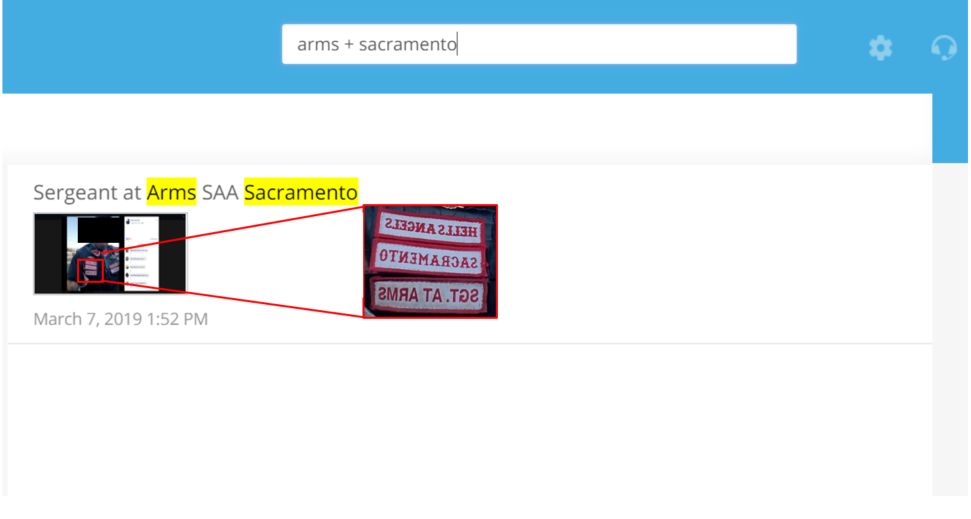 All collected data is saved offline. Should the online profile ever change, be locked down or deleted, I still have a version to work with. By using Hunchly and remembering to tag pictures with captions and also take notes on webpages, I have created a useful database on Hells Angels Facebook profiles. From here on, it is also always possible to go to the live versions of webpages, so any updates can also be captured within the same casefile.

If you are not using Hunchly yet, I suggest you have a look at it. The use case described above is just one of many. Furthermore, if you ever come across friendship requests from people named “AFFA” or “HAMC”, you might want to think twice before accepting them. Or else you might wind up in my Hells Angels database.