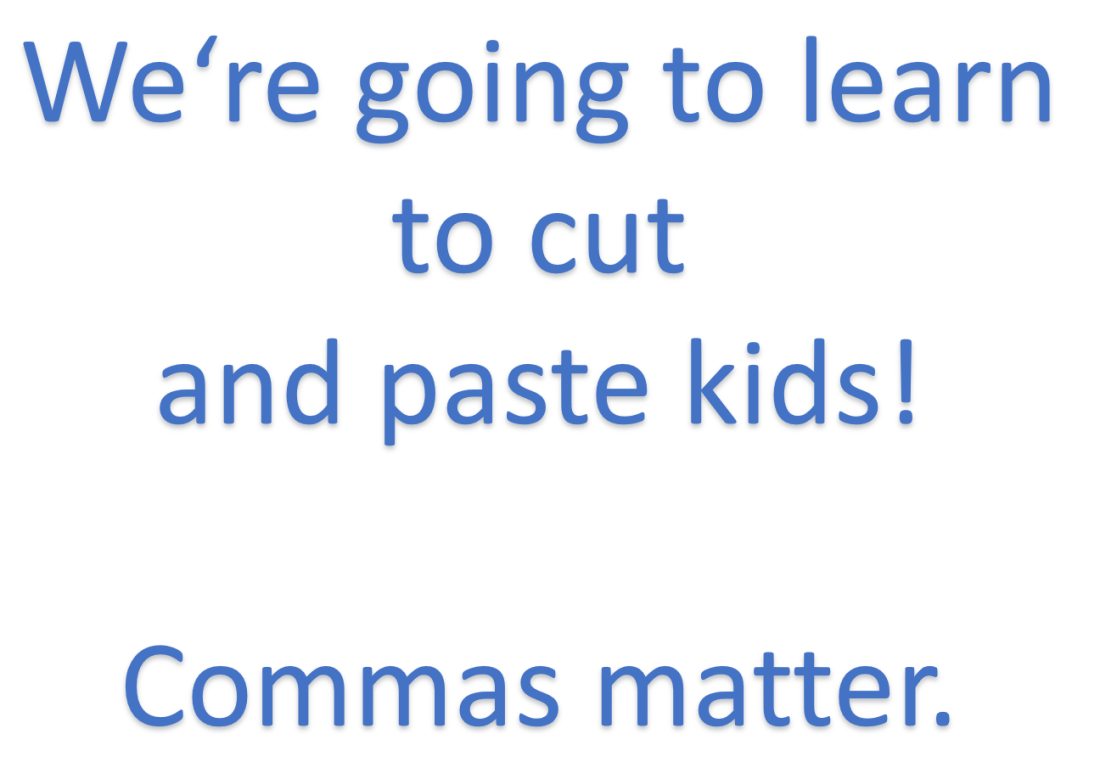 Commas matter and grammar matters. Especially when you deal with threat letters, poison pen letters or even ransom notes. In this case, grammatical errors, misspellings or unique writing styles might reveal the person behind the mischievous texts. Are you dealing with one author or multiple individuals? Can you link these letters to other reference documents, e.g. internal employee emails? The art of analyzing written documents in investigations is a subset of forensic linguistics.

While I won’t go through any real examples in the following article, I would like to share my experience when dealing with such cases. First up, I won’t even try to get into graphology. This is the analysis of handwriting, in an attempt to evaluate personal characteristics or the psychological state of the writer.

Graphologist: “The author is a male and he is very angry, possibly holding a grudge against the recipient.”

Intel analyst: “No shit, sherlock. The handwriting is sloppy and why else would he write a poison pen letter?”

The most important tool for me is a set of highlighters. If dealing with multiple documents, I found it easer to print them out and to mark peculiarities with the highlighters and also add handwritten notes of my own. I use different colors for different categories. One for spelling mistakes, one for grammatical errors, one for the use of uncommon words or unique word-creations and lastly the final color for certain style elements.

Let’s start off with the first category: spelling mistakes. Many people have distinct spelling mistakes they constantly make. And not always will they recognize mistakes when proof-reading their own work. Sometimes these mistakes might also indicate if the author is a native speaker or not. A German writing an English text might automatically use Telefon instead of telephone. Furthermore, many languages capitalize nouns, so look out for this as well. Other spelling mistakes may derive from auto-correct functions in office. When I open Word, it assumes I’ll write in German and does the autocorrect based on the German dictionary. Newer versions of Word notice I’m typing English after about one sentence and then automatically adjust, older versions might need a manual reset. When typing or writing quickly, one may produce clerical errors, such as forgetting letters, adding letters or switching letters. In this case, always check to see how letters are allocated on the keyboard to understand the origin of these typos. Keep in mind that different countries use different keyboard-layouts!

The next one is a bit more tricky. I have to admit, my grammar isn’t the best. I usually just know that something looks weird, without being able to grasp the actual reason or grammar rule. So, in this phase of investigations I often google certain grammar rules to make sure my hunch was right. From simple things such as mixing up your and you’re, to the inproper use of commas, there are many different errors that might show up in multiple documents. One important thing to remember is, that it will be the sum of indicators that lead to successfully solving the case. It most likely won’t just be one blatant error.

Depending on an individual’s background, they may have a different spelling of words. It may vary between British or American English, it may contain colloquial terms or even slang and different dialects. Everything that differs from the standard form of writing in the specific area you are working in, should be marked with a highlighter. Using modern-day slang might indicate a younger person, old-fashioned terms will probably not be used by a kid. I once had a case, in which the author creatively invented new curse words I had never heard of before. Some of them where so hilarious, I actually added them to my personal vocabulary. Another example would be the use of local dialect. In Germany bread rolls are named differently in many regions: Brötchen, Wecken, Semmel, Schrippe, Krossen, Normale, Rundstücke; these are all the same thing! I’m sure similar examples can found in other languages and for more relevant terms as well. Try to figure out which region the word originates from. Again, a little googling can be helpful here.

Next up, concentrate on the style of writing. Is there anything that sticks out? Specific punctuation, such as the frequent use of exclamation marks or multiple dots…. Also, concentrate on the sentence structure. Is the author using short sentences or is he fond of long-winding sentences? Does the whole document read as if it were written by the same person? A shift in style may indicate that some part was copied from another document. Finally, have a look at the format: font, size, line spacing, alignment. After marking all documents according to the above points, it’s time to spread them out and get a birds-eye view of all of them. Sometimes, this will reveal more similarities or conspicuous features shared by multiple documents.

Now, for the most important aspect: Assume your adversary, the author, is well aware of his distinct mistakes and style of writing! He might try to deceive us. Changing the usual format, by using odd fonts or changing the alignment are easy to recognize, but sometimes an author will substitute some of his unique identifiers with another. Mostly by doing the exact opposite of what his style of writing is usually known for. Someone that uses long and complex sentences might break these down into short and concise sentences, making the letter look more like an old telegram. Obvious spelling mistakes might be implemented as well, to put us on the wrong track. However, anything that is deliberately done will likely follow a certain pattern. It is our job to identify this pattern.

Of course, there is much more that can be done when handling cases like these. Analyzing handwriting by overlaying different sets of handwritten words on each other is one technique that might help. This works really well in MS Office, since the office suite has some pretty impressive features to handle images. Furthermore, fingerprint identification (dactyloscopy), analyzing the paper, trying to trace back emails; a broad variety of methods can be applied here. Maybe even the graphologist, if you’re that desperate. As with all intelligence analysis, it is important to never fully rely on just one method. Combine what you have at hand to achieve the best result.

After this brief introduction to the topic of forensic linguistics, I will prepare an example for a future article, highlighting the aforementioned. I just have to figure out who I want to blackmail or send a poison pen letter to. Maybe one of the scammers from a previous project.